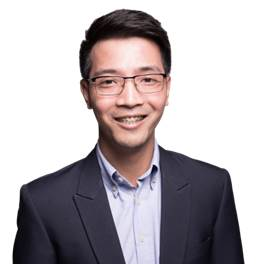 Jeffrey Capulong is the Finance Shared Services Head of Coca-Cola Bottlers Business Services, Inc. (Manila, PH). Managing about 150+ FTE, his team is in charge of providing Financial Services in the areas of Record to Report, Order to Cash and Procure to Pay. Prior to this role, Jeff was a Senior Manager in Procure to Pay operations responsible for accounts payable processing and overseeing the end-to-end process compliance to PTP. During his leadership in PTP, Jeff had successfully implemented various projects such as process streamlining, standardization, automation and metrics. He led the implementation of Supplier Portal which was awarded by Questex Asia as Enterprise Innovator for Manufacturing Category in 2016.

Jeff has been with the Coca-Cola system for 13 years. He performed several leadership roles and positions such as CFO, Senior Process Manager, Transition and Account Management, Finance & Sales Accounting Area Manager, Accounting & Reporting Team Lead, and Finance Analyst – AR/AP from 2005 to 2017.

Check out the incredible speaker line-up to see who will be joining Jeffrey.

Download The Latest Agenda
We use cookies and similar technologies to recognize your visits and preferences, as well as to measure the effectiveness of campaigns and analyze traffic.
To learn more about cookies, including how to disable them, view our Cookie Policy

The browser you are using is not supported that will prevent you from accessing certain features of the website. We want you to have the best possible experience. For this you'll need to use a supported browser and upgrade to the latest version.