[Video] SpotMini opens doors for robots in a human world

The company responsible for Atlas—the backflip performing robot—released a video of its redesigned SpotMini robot, opening a closed door using an extending top mounted arm to turn the handle.

The all-electric, four-legged robot appears to autonomously hold the door open for a fellow robot, propping it ajar using the additional ‘limb’ and gaining access itself. Its agility is bolstered through application of four legs instead of two. 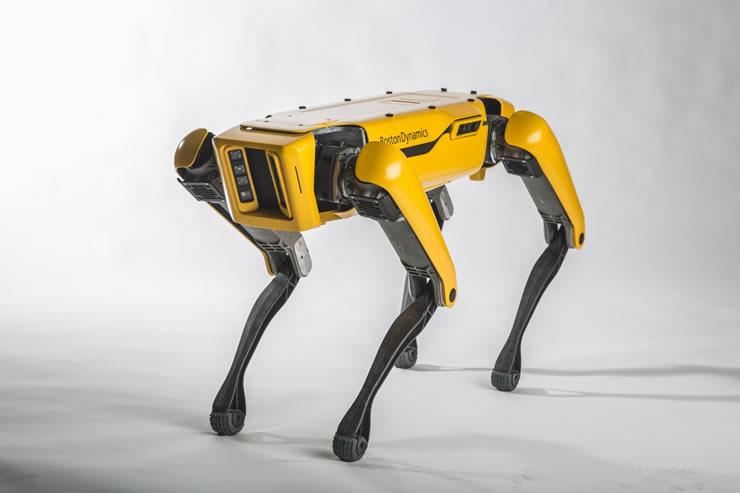 Although its deployment has not been confirmed as an advanced autonomous system, SpotMini’s predecessor uses stereo cameras, depth cameras, an inertial measurement unit (IMU), and position/force sensors in the limbs to identify its environment.

After the Fukushima disaster in 2011, the Pentagon’s research wing, DARPA launched an industry wide competition to encourage the development of robots that could work and operate in ways that only humans could in hostile surroundings. BigDog—a DARPA funded rough terrain robot—was developed to run at 10kmh, climb 35 degree slopes, carry up to 150kg and walk across varying surfaces. Such developments have helped open the door to robots in a human built world.

Recent innovations are proof that robots can complete tasks in diverse environments but the question remains; can such developments boost an advanced intelligence enterprise?

The little guide of big 'IAdeas': Intelligent automation in the digital workforce

Soft robots could be the factory workers of the future

Autonomous everything: How drones will revolutionize the way we work